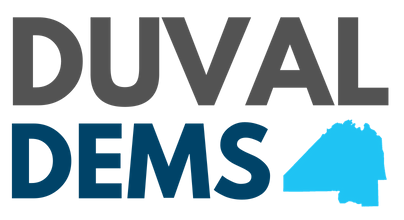 Daniel Henry is a native Floridian, first-generation American, and millennial leader in Jacksonville. Growing up, Daniel’s parents instilled in him the value of hard work, service, and integrity.

In January 2019, Daniel was unanimously elected to a partial term as Chair of the Duval County Democratic Party, the 6th largest county party in the state. Upon his election, he broke multiple glass ceilings: becoming the youngest party chair in the state, the youngest chair in the local party’s history, and the first African-American male to be elected to the position. He was subsequently re-elected as Chair of the Party in December 2020. Prior to being elected Chair, Daniel was the immediate past First Vice Chair (2017-2018) and Secretary (2016-2017).

Within the Florida Democratic Party, Daniel has earned the trust of these statewide party leaders and has served as a Democratic National Committee Member during the 2020 Presidential Election, and a member of the State Party’s Executive Committee, Central Committee, Rules & Bylaws Committee, Campaign Committee, and Judicial Council. In addition to serving in leadership roles within the party structure, Daniel has also held multiple roles within the Jacksonville Young Democrats, including President, Vice President, and Communications Director.