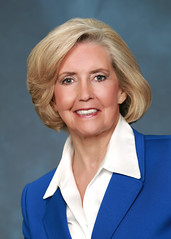 JACKSONVILLE, Fla., October 3, 2013 – The Duval County Democratic Party announced today that Lilly Ledbetter, equal pay for women advocate, will be the keynote speaker at their Annual Democratic Gala fundraiser. Tickets start at $65 and are available for purchase at http://www.duvaldemocrats.org.

“The Duval County Democratic Party is thrilled to have Lilly Ledbetter, an outstanding advocate for women’s issues and equal pay, as the keynote speaker at our Annual Democratic Gala,” said Duval Democratic Party Chairman Neil Henrichsen. “Ledbetter is an inspiration to progressives all over our nation, and we are proud to host her right here in Jacksonville.”

About Lilly Ledbetter: (photo attached) Lilly Ledbetter was born in a house with no running water or electricity in the small town of Possum Trot, Alabama. She knew that she was destined for something more, and in 1979, with two young children at home and over the initial objections of her husband Charles, Lilly applied for her dream job at the Goodyear tire factory. Even though the only women she’d seen there were secretaries in the front offices where she’d submitted her application, she got the job—one of the first women hired at the management level.

Though she faced daily gender prejudice and sexual harassment, Lilly pressed onward, believing that eventually things would change. Until, nineteen years after her first day at Goodyear, Lilly received an anonymous note revealing that she was making thousands less per year than the men in her position.  Devastated, she filed a sex discrimination case against Goodyear, which she won—and then heartbreakingly lost on appeal. Over the next eight years, her case made it all the way to the Supreme Court, where she lost again: the court ruled that she should have filed suit within 180 days of her first unequal paycheck--despite the fact that she had no way of knowing that she was being paid unfairly all those years. In a dramatic moment, Justice Ruth Bader Ginsburg read her dissent from the bench, urging Lilly to fight back.

And fight Lilly did, becoming the namesake of Barack Obama's first official piece of legislation as president, the Lilly Ledbetter Fair Pay Act. Today, she is a tireless advocate for change, traveling the country to urge women and minorities to claim their civil rights.